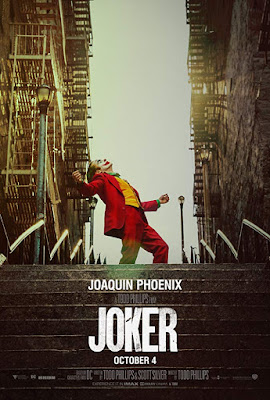 In the 1928 film The Man Who Laughs, based on a Victor Hugo novel, Gwynplaine is a man whose face is disfigured into a permanent smile, so that he would always laugh at his fool of a father (executed via iron maiden by a political rival). This is a tragic romance and a drama, but the horrifying idea and image of a man who smiles no matter what was a major inspiration to Bob Kane and Bill Finger when they created the character of The Clown Prince Of Crime, Joker. The Joker has a famously ambiguous character history. In film and animation, he has always been something of an actor’s role, since by definition there is no wrong way to play it (Jared Leto’s take notwithstanding). The reason I mention the classic Paul Leni film is that in a way, I feel like Joaquin Phoenix’s take on the character is the first time I’ve ever blatantly felt The Man Who Laugh’s DNA in the character. This is also, largely, the only reference to the comic or any source material of The Joker’s though, because in all other ways this ostensibly plays out like a lost mid-70s Scorsese film, down to using the classic Warner Media logo.

Phoenix plays Arthur Fleck, a poor, lonely, downtrodden man living in early 70s Gotham City. Different interpretations of Gotham have cast it as everything from Chicago broadly to Brooklyn specifically, but here it is as New York in general. A professional dancing clown, we meet Fleck on a day he’s holding a going out of business sign that’s stolen by some kids, who subsequently assault and rob Arthur after he chases them into an alley. The whole town is shown to be a ticking time bomb, the straw breaking the camel’s back, in this case, is a garbage strike. We learn that Arthur is on public assistance and heavily medicated. We also learn of one of his specific afflictions. He had some initially unexplained brain injury that causes him to burst into laughter when under any kind of stress. This is the comparison I was making to The Man Who Laughs earlier, in the sense that this is cast as a tragic, borderline crippling defect. He’s also scarily skinny (on par with fellow prestige actor/Batman film alum Christian Bale’s physical transformation in The Machinist), and frankly, everything about him is unlikable, weird and anti-charismatic. And without delving even slightly into spoilers, I can tell you that this is where the film’s controversy is going to live and die.

The Joker, in film, has always had a certain alluring appeal. Whether it’s Jack Nicholson’s amazingly bombastic portrayal, Caesar Romero’s fun, safe and silly surfin’ Joker (a man so proud of his mustache he painted over it instead of shaving). Even Heath Ledger’s “agent of chaos” take offers an appealing counter-philosophy to the Batman’s surveillance state/vigilante ideals. That is in no way how Arthur Fleck is portrayed here though. There are no points in the film where his actions are shown to be right, noble or even justified. The acts of violence are personal, narcissistic, and nasty. Even his one act that could be argued as defensive changes to aggressive halfway through when he chases a man he injured to finish the job, not to mention that he’s never upset by his own actions. It would’ve been easy to set this up as a Tyler Durden-like character, objectively wrong but spouting philosophies that romanticize his actions. If anything, however, Joker instead takes a nihilistic view, showing murder to be, in and of itself, a punchline to the joke that is life. Killing is his joke, and that’s especially chilling in this humorless endeavor. One of the stronger aspects of this however is that the movie never once uses Arthur’s mental illness to justify his actions. He doesn’t attack people because he’s crazy, he attacks people because he discovers murder is a quick and easy way to deal with his problems, which is chilling in its own right. 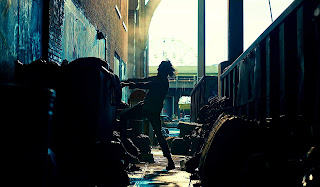 The other major theme of this film is social stratification, which is becoming a popular thematic element in the world we currently live in. In its way, Joker spins this in an uncomfortable new direction as well. After Fleck’s first violent crimes make the news, along with the social unrest already happening in Gotham, there is a more violent version of a 99% protest, the backlash of which shows rich socialite Thomas Wayne offer to run for mayor, saying rage at successful people is misplaced, and when he’s in charge he’ll teach everyone to pull themselves up by their bootstraps, so to speak. This message, generally, is the final push over the edge Arthur is dancing on the whole film. His mother was a former Wayne employee, and sends Mr. Wayne letters near daily begging for him to send help, since “all Wayne employees past and present are family.” Arthur and his mother are in a deeply codependent, unhealthy relationship that only serves to further ostracize him from society, driving the plot further into its seemingly inevitable conclusion. And that’s about as much as can be summarized in a non-spoiler way, but this film is dense with plot and it’s impressively meticulous in how it portrays the danger of excluding parts of society and then blaming them for it.

Again, this movie is careful to never excuse Arthur in any real way, but it’s also unflinching in its portrayal of the inherent unfairness in navigating life as a social reject. Arthur needs medication to feel normal and drive the dark thoughts back, but social funding is cut and the mental health program is first to go. He’s assaulted by kids at the beginning of the film, but gets in trouble at work for not returning the department store’s wood sign, having the cost deducted from his paycheck. He’s an easy target for bullies and unintentionally exasperates every situation because of his laughing condition. If Arthur reacted in any other way than violence, you’d feel sorry for him.

There is not much to “like” about Joker. It’s not relatable and it’s not trying to be. It’s a dour, specifically paced character study about mental health stigma, the forgotten, and with a social message that resonates. Maybe uncomfortably, but alas, resonates still. The performances, especially from the always great Phoenix, but all around anyway, are the movie’s greatest strength. Zazie Beetz as Arthur’s neighbor, and a rare person who shows him kindness, Francis Conroy as Arthur’s mother, and De Niro as a Carson-like late-night talk show host are all at the top of their game and with that list of names that’s saying something. The cinematography in this film is really stunning as well, with long well-planned steady cam shots early on, giving way to erratic handheld shots as Fleck loses touch with reality. The only active cinematic complaint I can reasonably lodge is a really off-putting musical needle drop towards the end, and even that, I admit, may only be because I so rarely like popular music dropped into cinema anyway.

So, what’s bad? Not much, actually. I can see why someone wouldn’t like Joker, and it’s such a dark, joyless film that it’s certainly hard to recommend per se. It’s not as tight as it could be, as there is some fat, especially early on, and there is no character to attach yourself to. Its violence and gore is also filmed with a clinical, almost documentary-like, or rather more specifically voyeuristic look to it, which can make it uncomfortable to watch. There’s also a pretty clear parallel drawn between Thomas Wayne and the idea that being rich is a leadership quality (attempting to remain apolitical here), which I could see being off-putting, depending on your personal politics. I would hope the wonton violence would sour you before the the politics but I’m only here to review the movie I saw, not rant on a soapbox.

All in all, Joker is a powerful, harsh character study of an awful person in an even worse society. Personal taste, in the “good taste” sense of the term, is going to determine your reaction to the movie more than anything, but for my sensibilities I find it impossible not to be extremely impressed at what I think will end up being a legitimately important film. At bare minimum, it’s incredibly watchable and disturbingly compelling. One final caveat, and it’s not nothing, but this is in no way a “comic book” movie by any traditional use of the term. There are names and places used, but if you change those? No Joker, no Waynes, no Gotham? Just a movie called “Travis Bickle, But As A Clown”? I don’t think it would change a word of this review, save the context I provided early on. This is going to be one to beat during awards season. 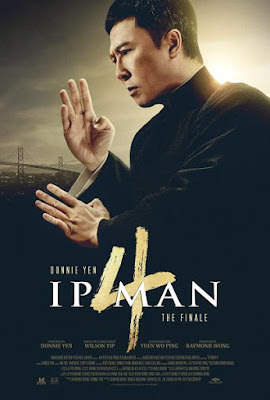